Hesketh Out Marsh to the River Douglas - 15th October 2011

With the weather being so nice I decided to spend the day on the south side of the Ribble Estuary mainly at Hesketh Out Marsh but I did manage a walk down to the River douglas for the first time. A few passing Redwing passed over at HOM as well as numbers of Skylark and Meadow Pipit. 4 Little Egret were feeding on the nearby pools and 4 Snipe dropped in whilst I was watching with another 2 over. A Kestrel was hunting along the enbankment and I flushed 4 Grey Partridge as I walked west along the reserve. A worrying sight was a single Avocet which surely should have headed south by now, it was sat on the end of one of the nearby pools to the west of the reserve. Walking East towards I brought Linnet, Starlings a further 2 Kestrel,  A Buzzard, Carrion Crow and on the walk back a Marsh Harrier and Merlin. 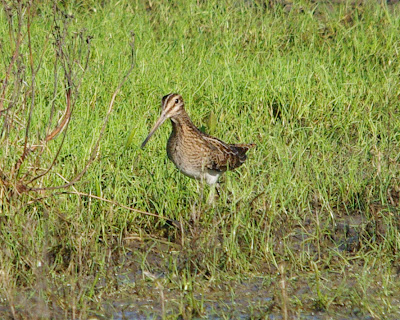 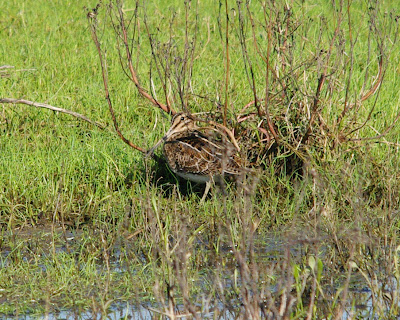 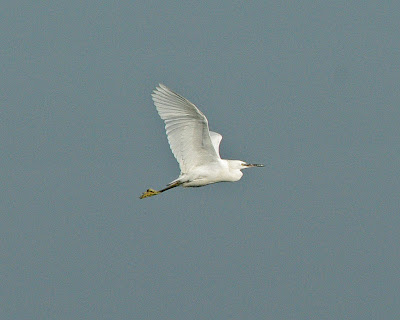 ABOVE LITTLE EGRET AND BELOW A MEADOW PIPIT 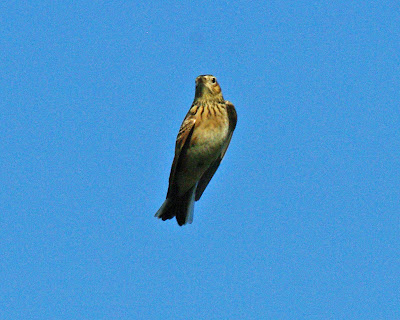 My first visit to the River Douglas was a little disappointing as I was hoping you could get nearer the river and explore its embankments a liitle more. I watched what is the mouth of the river as it joins the Ribble with Curlew, Lapwing and Redshank in large numbers as well as well as Cormorant a mix of Gull species including GBB. A Buzzard tried to find the thermals in the distance and 2 Raven croaked as they passed over. As the tide came in a few fishing boats started to pass through flushing a large flock of Canada Geese which included a Greylag and a small number of Widgeon. The best view though and worth the wait was a Peregrine as it flushed the Curlew and Lapwing. I didn't see it at first but as the Lapwing rose into the sky as one I knew something must have flushed them and I watched for 2 minutes as it chased round dropping low over the Douglas chasing a Curlew. On this occasion it was unsucsessfull and I last saw it dropping low into a distant field further up the river. 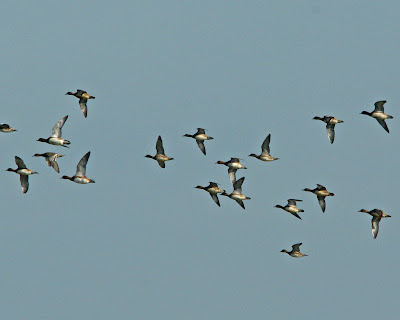